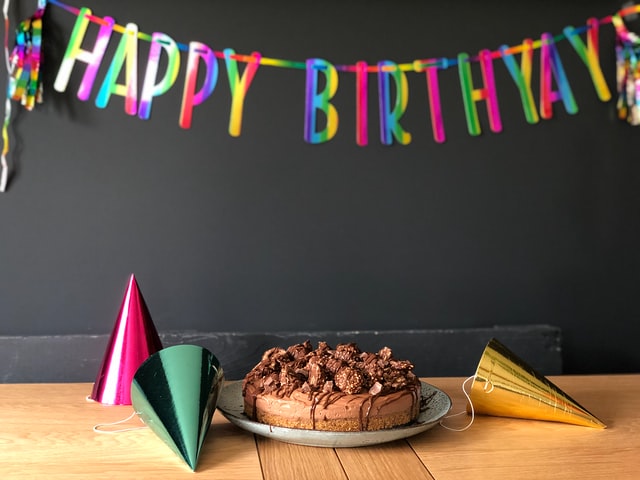 I am lucky all those years ago, I wasn’t that attentive in class! I would never have gotten to know you.

Happy birthday buddy. I know we don’t usually do much of this. But how can I not? I wish I could send you a gift. But I dunno what to get you. I mean I do a bit. So I thought why not an email? After all, we both write. First things first, Happy birthday. It’s a birthday between this whole pandemic. Which is not much of a birthday if you ask me. Still, we are all better off than a lot of other people, let’s count the blessings and not panic.

Also, I don’t usually say many appreciative things to anyone. How can I not do it today? It’s your birthday. And we’ve been friends for the longest time. Do you remember us? 8 years ago? Woah! Time does fly by! I remember chatting with you in class, all those years ago, I never realized how important you’d end up being in my life. You were always there when I needed you the most. Our shared interest for all things magic made you very special in my life, you were one of the few people who’d listen with rapt attention when I went off for hours about books. You are one of the best people I know. You are so freaking brave!

I am so thankful that we both met. I dunno what I’d do without you. I can’t fathom a timeline where we don’t meet. It’s been awesome knowing you girl. You are one of those inspiring people. You know you have motivated me to not only write more but to do standup comedy, you have motivated me to sing, cook and I am yet to meet someone who’d do that. You probably shouldn’t be encouraging me to do standup comedy! Seems like a terrible idea. And singing? Well, that is not gonna end well for you. Imagine your plight had I decided to sing a song for you on your b’ day? However, I am a good person and I decided to write you a letter.

I wanna say starting the blog with you has been one of the best things that I ever did. It made me realise a lot of things. I am so proud of you for managing everything so well. Even when you have so much on your plate. I know things are not exactly where you want them to be. But they never are! Don’t forget to be happy in the present. And look how far you’ve come. You’ve still got a long way to go, so do I. I mean who doesn’t?

You ever feel like we have some insane connection? Like we like the same things, we have been to the same places and it’s so calming and crazy at the same time. Also, I have saved some of your messages to look at when I am feeling down. You are that motivational. I wouldn’t usually admit to something like this but it’s you and it’s not even a bit embarrassing. That’s the thing you have that effect on everyone I think? I could tell you the most embarrassing stuff without flinching. Without having to worry about judgement. Even when I am sick and get super whiny. Which is horrifying if you remember it. I whine about being sick then I whine about whining. Then I whine about whining about whining! It’s an infinite loop.

We have been friends for 8 years!!! I can’t believe it because I know how rare that is, especially for me. I’ve spent a long time moving around never really in one place. So all my friends were scattered around and I lost touch with many of them. Yet not with you. It was like an invisible thread tied us together. Perhaps we are sisters? No that’s weird you have two. It’s one of the best things in the world to have a friend like you. I mean, you are basically the coolest, badass and sweetest person I know! You are an artist, you are a reader, a painter, a creative soul, a great friend not just to me but a lot of others. You make even the boring things fun. Like studying. I usually don’t like to study. But when we were learning all those stuff together I was so happy.

I am lucky all those years ago, I wasn’t that attentive in class! I would never have gotten to know you. But then again we might have met at a doctor’s office and become friends. If you are thinking that some of the sentences in this mail are grammatically incorrect, you are probably right. I started writing this some time ago. So there’s a lack of structure and theme. I was also scared you’d see this when I shared my screen with you sometime. So I was guarding it with my life. I wanted to give you a surprise but then I didn’t know if I should. Then I thought to hell with that I’d do it anyway.

And just write yourself a letter today. Send it to yourself using that future me email I told you about? Same time next year. It should be fun. And informative. We could write emails for b’days don’t you think? Like a tradition?

One fictional character I adore once said:

“That’s what the Good Place really is — it’s not even a place, really. It’s just having enough time with the people you love.”

So if you are here, maybe this is the good place?

PS: Love ya, you are an amazing human/genius.

And holy mother forking shirt balls I am lucky to have met you. You are also insanely hot! There I’ve problematically objectified you.

Artemis and ApolloSeptember 9, 2020September 11, 2020Lettershappy birthday to you, have a lot of fun, letter to my friend, you are awesome, you the bestNo Comments on A Birthday Surprise