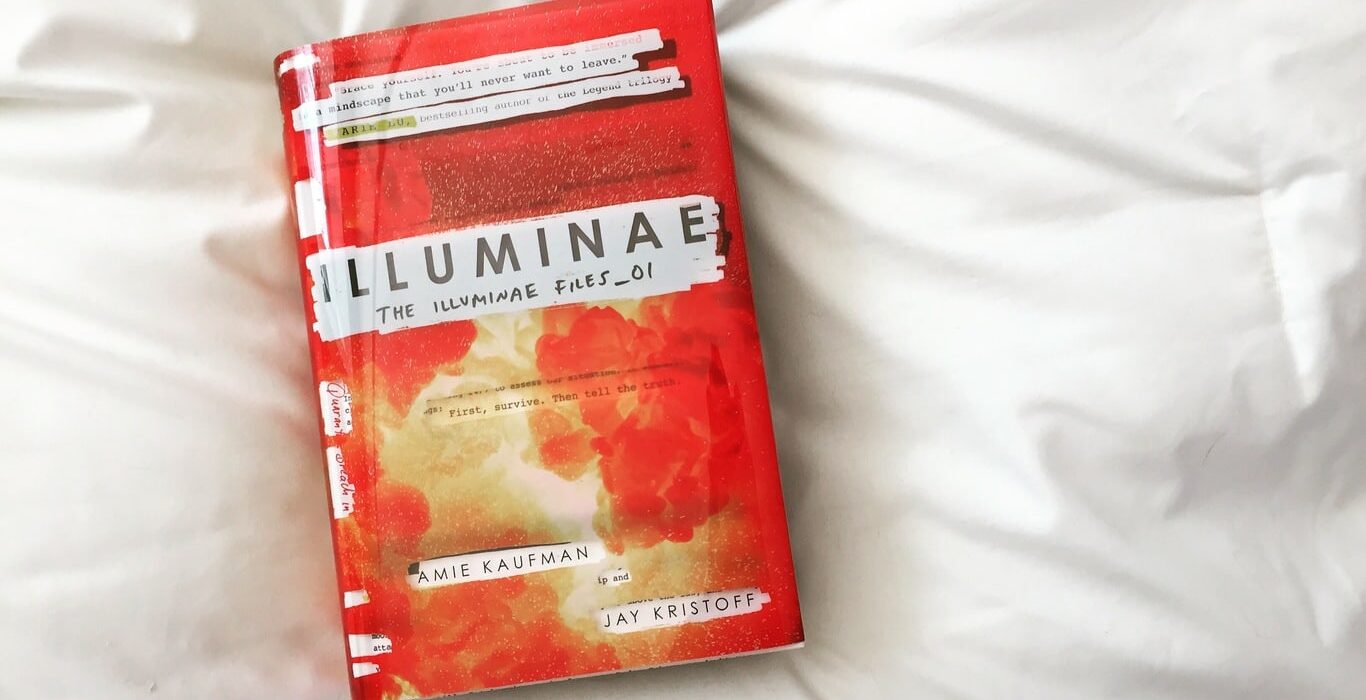 Illuminae is not your traditional book, there is no protagonist from whose perspective we view the story, there’s no perspective, there’s no narrator.

The first thought that came to my mind after reading book 1 of Illuminae files was “What the did I just read?”. It was the second, and third and fourth. It is still the only thing I can think of. Illuminae Files by Amie Kauffman and Jay Kristoff is a Trilogy. I don’t read a lot of Science fiction so I was not sure what to expect. , this was not what I expected. That being said, I have not read any book like this is an accurate description of Illuminae. It’s brilliant.

Illuminae is not your traditional book, there is no protagonist from whose perspective we view the story, there’s no perspective, there’s no narrator. Instead, it is a collection of documents, emails, messages, records of interviews, descriptions of surveillance footage, and sometimes even a digital journal. It took me some time to get used to reading the book in such a format. Suspend your disbelief, hang on to your seatbelts, this book will take you on a ride, in a spaceship no less. If you are the sort of person who thinks science fiction is trash and only the classics deserve praise and recognition, may I present to you an alternate read? “Being pointlessly snotty and showing off”. Off you go, this book is not for you.

The year is 2575, a tiny planet at the brink of the Universe called ‘Kerenza’, is destroyed by an inter-planet corporation for unclear reasons. The survivors are rescued by three space ships owned by what I can only describe as the ‘Space Government’. A high school couple who just broke up is also rescued. But they end up on two different ships. Kady Grant and Ezra Mason have lost everyone in the attack and the only living people they know are each other, so forgetting the break-up (eventually) they start emailing and messaging. They are literally star-crossed lovers. A major chunk of the book is just these two teenagers chatting with each other or emailing each other. That’s how we get to know the story. This whole document is being shared by the “Illuminae group” to someone addressed the “Director”.

If this much doesn’t intrigue you enough to pick up the book, without any spoilers let me just say, there is an Artificial Intelligence system called AIDAN (think J.A.R.V.I.S but crazier) that is also an integral part of the plot. There is a mysterious virus spreading in one of the ships (think Covid-19 but deadlier). There is a warship owned by the corporation that attacked the planet pursuing the only survivors and their space ships. They have a minimal chance of survival and as the story progresses it seems like it all comes down to Kady and Ezra to pull it off. Kady and Ezra are very likable characters. The story is fast-paced and left me reeling at times. The ending had me gawking because I had to turn right back to the first page to see if I read it correctly.

I have a small problem with the book though, all profanity had been censored. I mean, the story begins with the mass genocide but god forbid someone say hell!!!