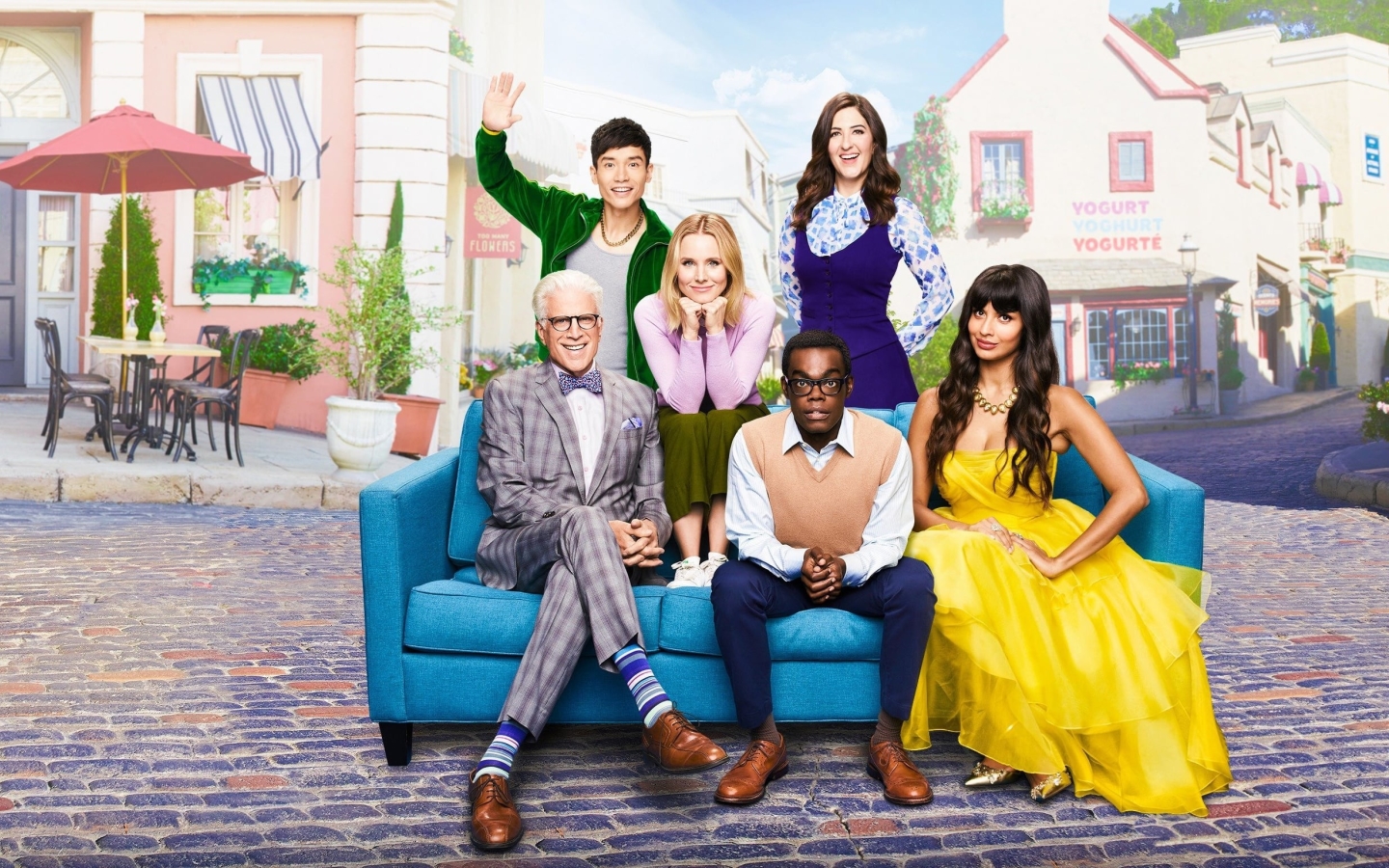 The Good Place: An honest review

Three years ago when I started watching “The good place” for the first time, I didn’t know how important this show would be to me.

We meet some other characters, Chidi, an Ethical philosophy professor who is also told to be Eleanor’s soulmate. Jianyu a Buddhist monk who has taken a vow of silence, Tahani Al Jameel, a philanthropist who raised 60 million for charity, Micheal the architect who designed ‘the good place’, and Janet an inter-dimensional artificial intelligence who assists everyone in ‘the good place’. The story is as outlandish and full of surprises as the characters. Soon we find out that Jianyu is not Jianyu at all! But a failed DJ from Jacksonville, Florida – Jason Mandoza. Chidi is knee-deep in teaching Eleanor and Jason ethical philosophy, all the while contemplating the moral dilemma. Should he tell Michael about the mistake or not? His indecisiveness helps Eleanor and Jason for a while.

Tahani Al Jameel as it turns out was motivated by wanting to beat her sister at everything, even when she was raising millions for a charity that’s what she had in mind. Then at the end of season 1, Eleanor makes the shocking discovery, I still remember seeing this scene and sitting stunned. Eleanor realizes that they were not good people at all. Chidi though his motivation to do the right thing was correct, never made up his mind about anything resulting in hurting everyone in his life. Eleanor was a terrible excuse for a human being. Tahani was doing good things, but her motivations were corrupted. Jason was something else entirely and I am at a loss of words. From there it’s a tough time for the gang as they get on Micheal’s bad side. They end up with all their memories gone at the end of Season 1.

I expected the next season to be a different version of the first season. But like everything else in the show, the unpredictability remained constant, they blew through 802 resets in a matter of few minutes, what other shows would dedicate an entire season, the good place achieved in a single episode. The second saw them teaming up with Micheal as ‘team Cockroaches’ and facing even worse fates than in Season 1. Their trials and tribulations included making Michael understand human emotions, Micheal ends up taking Chidi’s ethical philosophy class. It helps us also ask ourselves these questions and find the answers to deep philosophical problems that we otherwise may have overlooked. They figure out that they could meet the all-knowing Judge and convince her to help them. Season 2 ends with another surprise, Micheal convinced the Judge to send the gang to Earth!

Each time just as we think we have a grip of the story, the show successfully throws us off. So now the gang is back on Earth, with no memory of dying, on their separate ways. However, their near-death experiences do change their ways. Michael interferes from time to time and makes sure the gang comes together. Ultimately they catch him in the act and he has to explain the entire scenario thereby corrupting their motivation, now no matter how good they are they can’t go to ‘the good place’. Eleanor however says, “We can try”. That is, no matter what happens we can try to be better than we were yesterday, we can try to make others better. Soon the gang is battling the demons from ‘the bad place’ and die eventually, but they try to get the people from the real Good place to help them only to realize no one has gone to ‘the Good place’ in the last 500 years! Then it is up to the gang to make things right.

The ending of the show was one of the most heartbreaking endings ever. Yet it was also the most satisfying endings of all time. In a roundabout way, the characters have achieved what they wanted when we first saw them. Chidi becomes the ethics professor of the Universe, he becomes sure of himself, Eleanor becomes the epitome of unselfishness, she has come far from the Arizona trashbag that she was when we saw her first. Tahani ends up being the first human architect to design a neighborhood, thereby helping everyone in the universe without any corrupt motivation. Jason inadvertently ends up spending thousands of years in silence with nature, being the silent Buddhist monk he was impersonating. Michael gets his chance at redemption, he is sent to Earth and living his life as a human.

I hated to see that my favorite show was coming to an end but I loved watching that ending. Throughout this, the show manages to answer tough questions such as: what does it mean to be a good person, what happens after we die, why should we be a good person, and most importantly how to be good. It made me laugh, because the concept is utterly ridiculous – a story about death, teaching us how to live. Yet the underlying message is probably the most important one I’ve ever seen on TV, especially considering how much we need it. It doesn’t feel preachy but it always taught us the right things, that is a fine line, one that the good place succeeded in walking gracefully. I learned a lot from watching this show. And maybe everyone can. I learned that humans are capable of change if they get enough love and support. How can we hold it against them if they don’t get it? I learned that life is beautiful because we know about death, so we try to make every moment count. I learned that there’s a beauty in not knowing. It’s the mystery that makes life interesting. And most importantly perhaps I learned that we can always try to be better. It’s the simplest message that the show carried, but perhaps it was the most important of all. The real Good Place is when we have enough time, to be happy with our loved ones. That’s the one thought I’d like to leave you with.