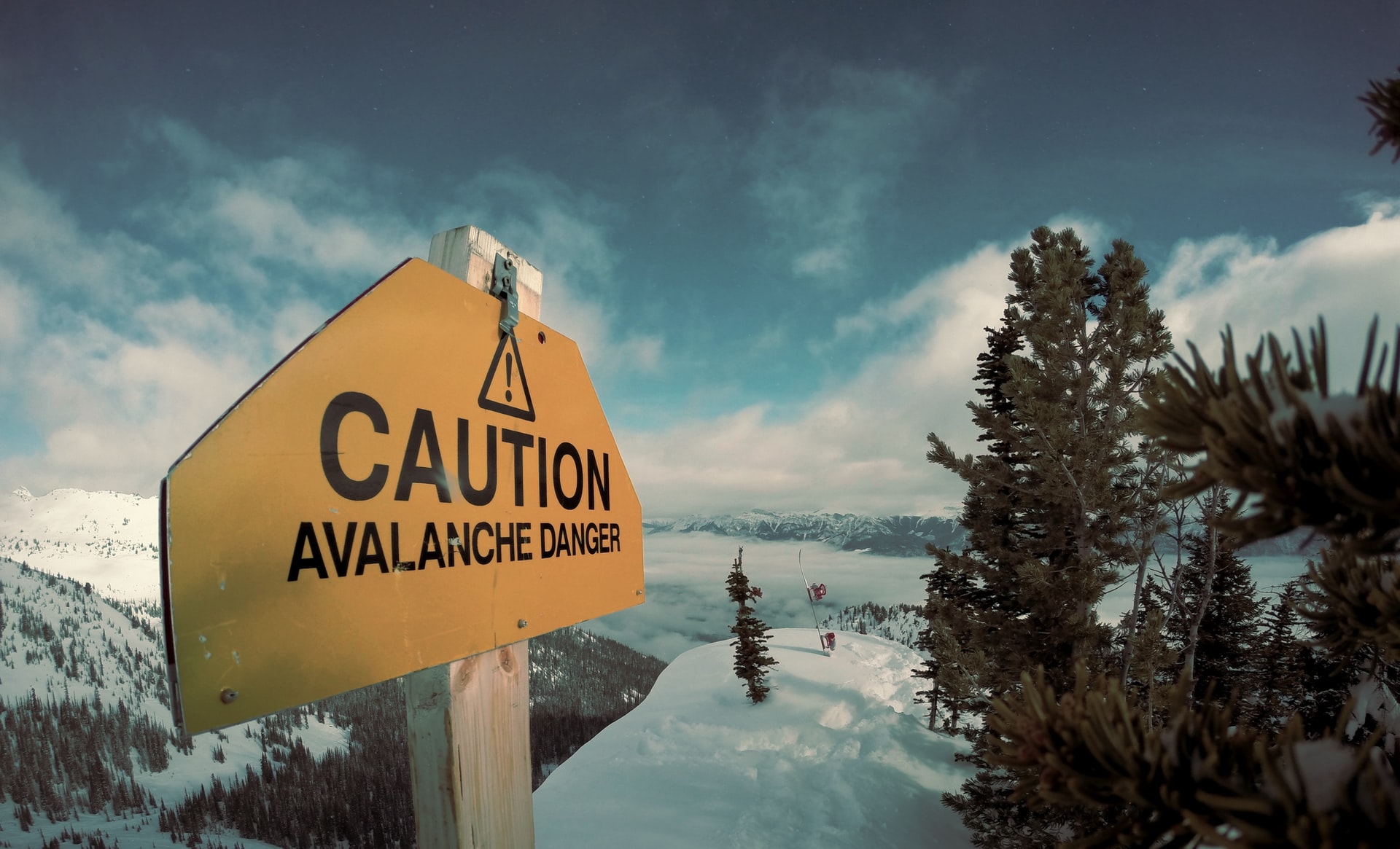 When people look at the snow, they see it as something beautiful. But there was cruelty to it, a ruthlessness that people often overlooked.

“If you are trapped under the snow, close your mouth so snow doesn’t hinder your airway.”

Elijah’s chest heaved with the effort to breathe. With every inhalation, he noticed a pang in his chest. Maybe he had a broken rib? He closed his eyes, took a deep breath despite the pain. Everything is going to be fine. Any minute, someone would come find him. Before evening he’d be sitting at home drinking some soup. Yes, it will be fine. Elijah tested moving his arms, then his legs. He couldn’t feel his legs and when he breathed in, he began having a coughing fit. He was stuck in the snow and he couldn’t move. There was not much wiggle room. He lay on his back, his legs buried under the debris and the snow had numbed his feet. His ears rang. He tried to move his right arm, easing it out from under a slab of what seemed like ice. His watch had shattered from the impact, in all likeliness, so was his wrist. He tried to click on the buttons of his watch to see if it would light up. It stayed dark. He could see faint outlines now, unlike the darkness that filled his eyes earlier. Perhaps his had eyes adjusted to the dark now. Ignoring the excruciating pain, he held his right wrist with his left arm. He could sense a slight inflammation, but the ice had paralyzed his arms. He couldn’t perceive any pain. In fact, he couldn’t experience anything. Perhaps for the best.

“Even though snow is porous and contains a lot of trapped oxygen, victims breathe their exhaled air, leading to carbon dioxide poisoning.”

With increased resolution, Elijah pushed against the weight, trying to dig himself out. That’s the initial step in trying to get yourself from underneath the rubble. Or in his case, snow. He was not wearing any gloves. As he shoved the slab of snow with his bare hands, it stung his fingers. The cold burns too. His fingers were so numb, he wouldn’t have known if they fell off. He tried to move his legs, but the weight of the snow was pressing down on him. He tried again. Breathing was becoming a chore. Snow is not as dense as normal rubble, so Elijah could breathe through it, for now. He could feel the time running out. It wouldn’t be much longer until all the oxygen ran out. He would just be inhaling all the carbon dioxide he exhaled. Elijah stopped moving. He could feel the panic set in. Elijah wouldn’t think about dying underneath a heap of snow. He just wouldn’t. At least Mel wasn’t home. She would be out of danger. He wouldn’t think of Mel now. He stubbornly refused to think what Mel would think when she heard. So he wouldn’t panic. Elijah couldn’t afford to panic. If one panics, their breathing would be irregular, they would take up more oxygen than a relaxed person. That’s what the handbook for search and rescue operators had said.

Elijah knew that book inside out, of course. It was his part-time job.

“If you can move, use swimming motions to fight your way to the surface of the avalanche.”

Elijah tried to push the debris away once more, with a mighty push. His arms ached from the effort. For a moment, he felt victorious. The snow was parting towards the sides. He tried again as he tried to sit up and push some off his chest. He barely had time to blink as a dislodged slab of ice fell straight onto his face.

When he came to, Elijah tasted salt. Swallowing the warm blood that pooled in his mouth, he analysed his situation. He had cut his tongue. A significantly heavier slab of ice rested on his chest and face. Great. Just when he thought it couldn’t get any worse. His nose throbbed. He couldn’t reach out to touch his nose to relieve some of the pain. His arms felt cemented beneath the snow again. The cold was numbing his pain, though. He tried to move his arms from his side arduously. He freed one arm and wrenched the other. Elijah felt a twinge of hope. His arm was coming loose. However, instead of releasing his arm, he felt himself sinking further into the snow. His heart hammered against his chest. Belatedly, he remembered the caution from his handbook.

“As the snow slows, cup your hand or arm over your mouth so you will have an air pocket”

When Elijah finally felt himself not sinking any longer. He allowed himself to breathe in. He dug his arms out with ease this time and cupped them against his mouth and nose, trying to create an air pocket. The cold was getting to him, his legs were cramping. His body heat had melted the surrounding snow, soaking his clothes. He mentally cursed himself for not wearing his leather jacket. It would have kept him warmer. Instead, he had worn his old, threadbare windbreaker. And now he was wearing wet clothes, buried under heaps and heaps of snow. He took caution to not move around further. He didn’t want to sink any deeper.

“With a sizeable air pocket that is open to the outside, you can avoid suffocation, but you still risk hypothermia and shock.”

Elijah was shivering now. He couldn’t stop himself from shaking all over. He tried shifting around now to warm himself. His breathing was shallow now. Never a good sign. Well, at least he was relaxing. His eyes were closed now. If it wasn’t for the cold and the snow, Elijah could have sworn he was just taking an afternoon nap. Snow covered his eyelashes, making it difficult to blink. Maybe he should keep his eyes closed. He gulped in the air. He had only a little longer. The reality of the situation was unsettling. His thoughts strayed to Mel again. He couldn’t bring himself to think about her now. Not when he was so helpless.

Elijah felt his heart speed up. There was a tightness in his throat he couldn’t explain. He had probably been under the snow for over 10 minutes now. He knew he had to stay calm, but knowing and doing were two different things entirely. Elijah was a part of the mountain-search and rescue team. He should know better. But the snow was unforgiving. The cold didn’t differentiate between its victims. When people look at the snow, they see it as something beautiful. But there was cruelty to it, a ruthlessness that people often overlooked. Elijah’s breathing was irate. He knew what was happening to him, of course- he was having a panic attack. Elijah knew what he had to do; he had to stay calm, otherwise, he would deplete the oxygen. That would only kill him faster. This is the problem with knowing. Sometimes it’s better not to know.

Do not call for help unless you hear rescuers above you.

When you are almost dying, people say your life flashes through your eyes. Elijah couldn’t say for sure. His eyes were drooping, and he tried to listen to the sounds above him. It was silent, though. This region was prone to avalanches. The search and rescue operators, fire force, and the local police were very vigilant. The head of the search and rescue team was the levelheaded and efficient Ravi. He wouldn’t let one of his team members down. Ravi would come through.

They would be here soon, Elijah told himself. Just a little more, and once he hears a sound, he would shout out for help. Yes. That’s what- “Help”, a muffled cry came from somewhere above him. A child’s voice. “Help, I am-” the rest of it was an indistinguishable murmur. But Elijah would recognize that voice anywhere. “Nate”, screamed Elijah, “Nate, are you okay?”. Silence. And then, “Dad?, Dad? Are you here too?” comes Nate’s reply. Nate was here. Elijah couldn’t give up now, not without getting Nate to safety. “Hang in there buddy, we will get through. The police will be here soon,” Elijah yells.

“What are you doing here?”, Elijah asks.

“Dad, I think I can hear the dogs. We need to call for help,” comes Nate’s frantic reply.

Elijah yells for help without a second thought.

A person who is completely buried in snow can live for about 18 minutes.

Elijah can’t hear the dogs, but he doesn’t stop yelling. “Nate, are you sure you can hear them?”, Elijah asks, no response. Elijah calms himself. Silence could mean anything. “Nate,” he yells out in anguish. Nothing but silence. Maybe Nate hadn’t heard him, maybe they had already rescued Nate. Elijah couldn’t afford to think otherwise. His breathing was shallow after screaming. He inhaled unevenly. “Nate,” he calls again. “Nate, Nate…” he murmurs the name like a prayer. Nate was the last word on his lips, as his eyes close involuntarily and he falls still.

Patients with severe hypothermia will probably be completely unresponsive to stimuli. They usually will have signs of life

Elijah doesn’t move, doesn’t open his eyes. He doesn’t seem to breathe. He doesn’t hear the search and rescue operators who are shoveling the snow away. Elijah feels nothing when they carry him away. But his heart continued to beat ever so slowly, barely there.

“First time?” asks Ravi to the police officer, who kept looking back at the wreckage where Elijah’s house once stood.

“Yes, I haven’t seen an avalanche before”, the officer responds reluctantly tugging at his shirt.

“This one was relatively smaller, only two houses in its path, few causalities”, Ravi supplies as he watched the team slowly pack away the snow shovelling equipments.

They fell into an uncomfortable silence and watched as the ambulance sped away. The snow fell steadily. It was going to be a frosty night.

“It’s a miracle how we found him. We were looking at the wrong place,” Ravi finally confessed.

“We wouldn’t have found him if he wasn’t calling out for help,” Benny told confirming Ravi’s suspicions.

“It’s amazing how he heard us from all the way over there”, Ravi said, pointing to the initial place they were searching for.

“I don’t think he did”, Benny responded somewhat reluctantly.

“Then?” Ravi’s eyebrows climbed up.

“He wasn’t calling out for help. He was calling Nate?” Benny asked back, not sure of what to think.

“I don’t understand- the man, he kept saying Nate is in there repeatedly. Are we sure there was the only person inside the house?”, asks Benny when he realised Ravi wouldn’t say anything on the matter.

“There’s no one else in the house, Benny,” Ravi doesn’t elaborate further.

Benny doesn’t want to let it go. “But he said”-

“You don’t know because you are new in town. Nate was his son. He died in an avalanche over three years ago. Elijah must have been in shock. He lives alone with his wife,”… Ravi trails off, eyeing Benny carefully.

Benny’s eyes widen in shock, but he says nothing to that.

“Is he gonna be okay?” he asks instead.

“The paramedic said he’ll live- no permanent damages. Obviously, he had to be hospitalized.” Ravi replies.

“The man had a broken leg, fractured arm, broken ribs, and hypothermia. I don’t know how he survived,” Benny says.

“He had a broken nose too,” Ravi adds.

Benny shakes his head, disbelief written on his face.

“We did good today, a minute longer and it wouldn’t have been the same.”, Ravi smiles at Benny.

The snow continued to fall steadily as they walked away. Anyone passing by would have thought the village looked dreamy, like a winter wonderland.