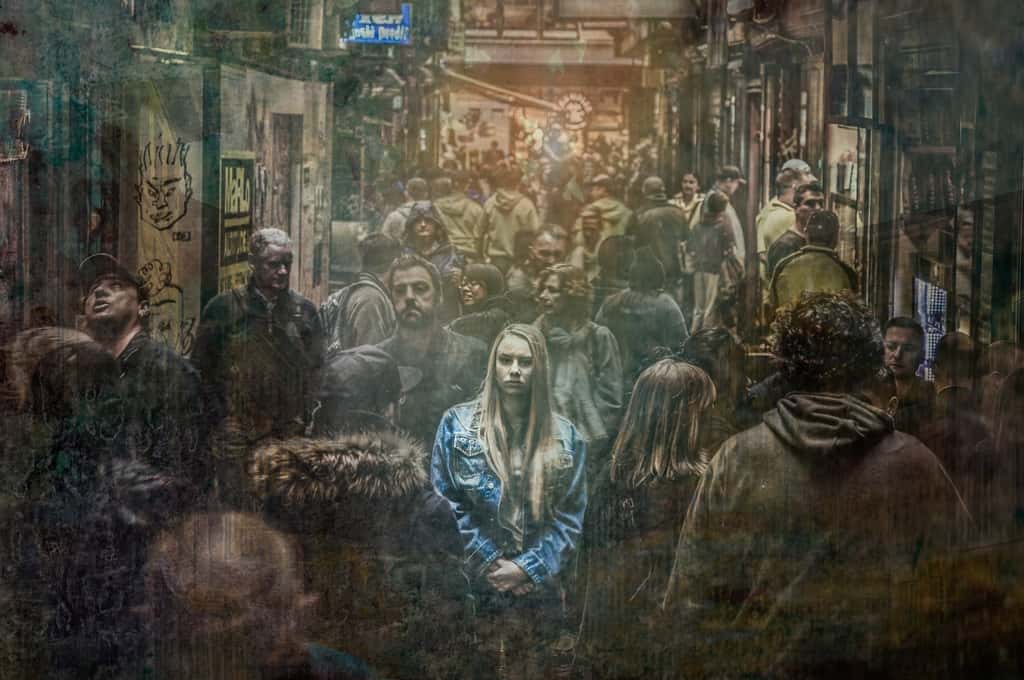 Struggles of a misfit

Just the other day I was binge watching a show on Netflix and was blown away by how villain of the show was hidden in plain sight! He was there from the first scene. He did a good job on blending in that I never even saw him there. That made me think, do people in real life do this too? Blend in till no one notices? I know I do. That’s mostly because I consider myself a misfit.

Misfit. Sounds so wrong doesn’t it? It wouldn’t be the first word anyone would want to use to describe themselves. Someone who doesn’t fit in, in a particular setting can be labelled a misfit. Round pegs in square holes, so to speak. I’ve seen people come to a room full of strangers and behave as if they’ve known each other their whole lives. Like they belonged there. You see, I could never do that. If I walked into a room full of friends and family, people I’ve known my entire life, I’d still freeze up. That’s the kind of person I am. Funnily enough a lot of my friends feel the same way. Well, all five of them do. So what makes us all misfits in our own way? Take friend number one who I shall call ‘A’ for convinience from now on. ‘A’ is a cool person, an artist, good looking, and an overall fun person. Typical popular crowd stuff if we go by that description alone. But there’s more to ‘A’, my friend is ardent feminist, lover of animals, an environmentalist, believer of equal rights for all, very vocal about racism, casteism and all those social injustices that gets our blood boiling. Very cool right? Yet ‘A’ would tell you about how they still feel like a misfit.

I constantly feel like I don’t belong in most social situations and gatherings. I wondered why and it stems from a feeling of not being accepted by the people around you. I don’t know where it started. Maybe it was in primary school when I was the only girl with military haircut in my class, ultimately becoming a laughing stock and the punchline for numerous jokes. Don’t get the wrong idea about me being bullied mercilessly though, I gave as good as I got. Even if I did go to bed crying, I would still have the best comeback. Or maybe it was in middle school when I was ‘that kid whose parents are abroad’ and teachers always asked taunting questions like “Are you doing this because your parents are abroad?”. How dumb! I always felt like answering that with, “Yes maa’m, I am eating in class because my parents are abroad and it is definitely not because the food in the school boarding is terrible “. Maybe it was in high school when I spent my time in the library to get away from reality and was labelled the ‘Bookworm’. I guess after all that, I decided I was never going to fit in, so when I packed my bags and went to College, my reasoning was, if I don’t fit in I might as well stand out. This time on my own terms. I decided I wouldn’t let anyone else define me. I would define myself. So I forged myself a new identity, a bookworm but a bit crazy and unhinged, unpredictable and a bit wierd, but whatever they called me, I know one thing for sure , you wouldn’t call me boring if you knew me back then.

When I got my first job I was ecstatic and I made a lot of new friends, which was new territory for me. I was so happy to actually have a bunch of friends with whom I could just hang out. I remember talking their ear off with all my wierd ideas. Subsequently I’ve been told that I am too talkative, it’s probably very true too. There are just five people I talk to! The struggle is real. At my second job however it is a different story, I didn’t want to fit in, I was happy being a misfit. I don’t know if it is becuase I never gave them a chance, or if they judged me too soon. Whatever the reason it is as clear as day that I don’t belong. I went to a party and ended up playing a game on my phone in the middle of the dancefloor. Like a loser. That’s how strange I felt there. Yet I have made some friends there too, strangely enough.

Being a misfit comes with it’s own set of advantages and disadvantages too. At some level I’ve wondered what I was doing wrong. Why I was different. Why I couldn’t be just a normal person, these thoughts have plagued me more than I’d care to admit. Yet there’s a sense of freedom to it. No one expects me to be a certain way, because when have I ever done everything in the proper way. Having zero expectations is a wonderful feeling. I just don’t care about a lot of things. I get to spend most of the time alone, not pretending to like people I don’t. I’d say that is a win. Being alone is all fun and games until it is not for no particular reason. On my best days I am happy to have my alone time. On the worst days I end up sulking over being an outsider, being a castaway and melodramatically ponder in silence. My worst fear is someday all my days would look like that.

When I started writing this, I was convinced I am a misfit, yet now that I’ve typed out so much I am not too sure. Instead, I ended up with the question, am I really a misfit? Does everyone feel the same? Does that really popular girl feel like she doesn’t belong? Does that guy who is friends with everyone wonder if anyone really likes him? Maybe everyone feels this way too. Maybe if we stopped labelling people and ourselves with these wierd tags like items in a supermarket we wouldn’t feel so alone, we wouldn’t feel like a misfit. Atleast I know I wouldn’t. And maybe I am guilty of labelling others too. After all I didn’t say my friend Gayathri,or my colleague Adarsh, instead I labelled them. Let’s be honest no one fits in , we are all wierd in some way. Maybe you like to eat your cornflakes without milk all crunchy, maybe you heat your mayonnaise. Maybe you don’t fit in the square holes either. But what if there were no square holes and we could just be round, or square or obloid or whatever crazy shape we wanted? Maybe, just maybe we should let people be without any definitions, labels or prejudice and no one would be a misfit.